These are the altars found in Secrets of Rætikon.

This altar is a failed experiment. The culture tried to power an altar with electricity harvested from lightning. Unfortunately upon trying the machine for the first time a ball lightning appeared an the contraption was quickly abandoned. 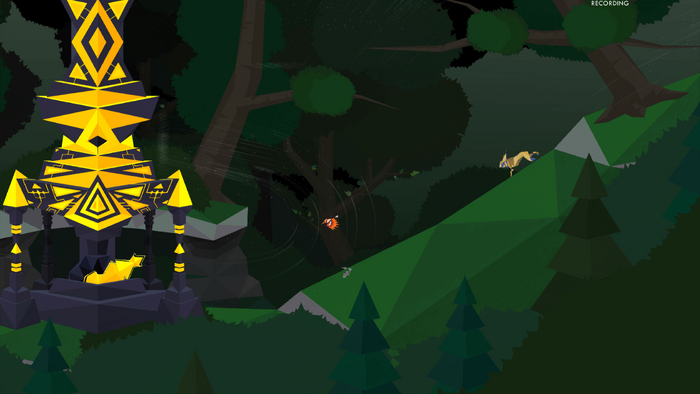 In the heart of the forest there is a glade. On this glade, a herd of stags browses. It is a peaceful place. Unless the stags draw the attention of a lynx or another wild creature of the forest.

This altar, once an experiment to harvest stone energy, is was dedicated to Daw King Straw. It is advised to stay away from this area for the daw king's thugs are a filthy bunch and still defend his cave as if he were more than a statue.

This ancient contraption was buried deep underground. There's a secret passage leading to a secluded area. Nowadays, the area is occupied by Isadora of the foxes and her tribe.

Another failed experiment of the long dead culture that lived in this area. The sap of the tree was harvested for its life energy. Yet the tree turned against the parasitic invasion. And it won.

The great culture of the past tried to turn wind into energy. They built giant machines high in the sky. Long abandoned they are the home of birds nowadays.